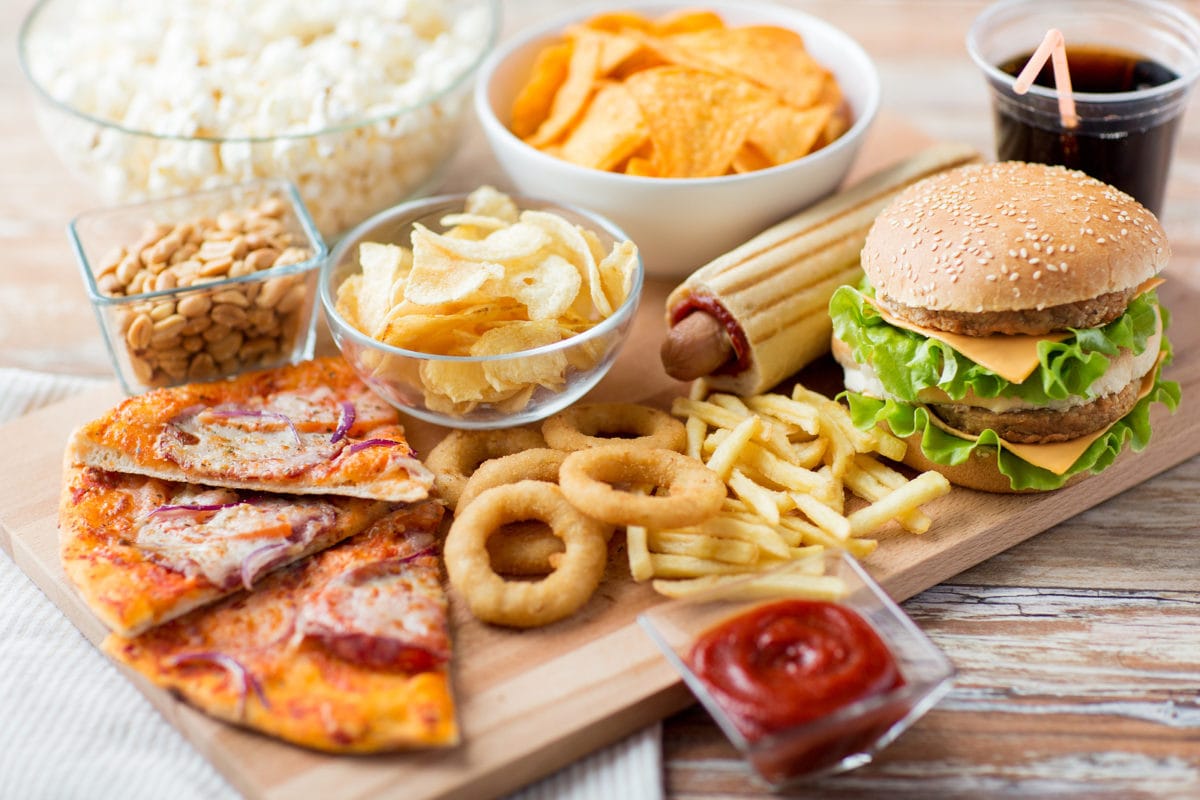 It’s no secret that there’s something drastically wrong with the way Americans eat. Thanks to the influence and glamour of Hollywood, we idolize the beautiful, the fit, the athletic, and the extraordinary.

If this image of perfection is so sought after, why are so many of us overweight? You’d think that being bombarded with media featuring magnificently toned abs and lean legs would make us more health conscious- but it appears to have done the exact opposite.

The stats are alarming, to say the least: in 2010, 41 million women and 37 million men over the age of 20 were considered obese in America. Combine that with those considered ‘overweight’ and the appalling conclusion we come to is that 2 out of 3 adults in the US are carrying too much weight.

Most people think that doing their taxes is easier than figuring out a healthy diet- and it shows around our waistlines.

The world has changed drastically from the simple agrarian culture that marked the early 1900s. The jobs we do, the food that’s available, the stresses put on us today are wildly different.

The quality of health care available is so much better, so why are we less healthy? The answer is a rather complicated one, and one that will require a great deal of effort if we are to correct it for the benefit of future generations.

While this sounds rather innocent, it actually has a rather profound impact. What this means is that Americans as a culture have switched from local farm grown foods to prepackaged and processed foods.

At the same time, the meals we would have prepared from fresh, raw, local ingredients have been largely replaced with less nutritious and more convenient alternatives.

Traditional home cooked meals generally feature less salt, sugar, and unhealthy fats than those served in restaurants; but we’re making fewer of those. On average, Americans eat out 20% of the time, which only increases the likelihood of us encountering processed rather than prepared-from-scratch entrees.

Water has always been the best choice for hydration (barring historical periods where it was so filthy that beer was a safer option. Cholera isn’t so much a problem in the US right now though). And despite knowing this, we just don’t drink enough of it.

The metabolic issues with being perpetually dehydrated are bad enough, but we’ve replaced that healthy drink with multiple, highly sugared options. Soda. Fruit juice. Sports drinks. They all sort of quench our thirst, but with a hefty load of unnecessary sugar.

Sweetened coffee drinks are part of the problem too- a large, fancy sugary coffee can weigh in easily over 300 calories all by itself, and most of that from syrups.

It’s bad enough that almost an entire meal is contained in that cup- the problem gets worse when you calculate in the fact that the brain doesn’t process liquid calories the same way it does ones from solid food. You consume all that sugar but are still hungry. This is a massive problem.

3) Where Have All The Veggies Gone?

I hate to be the one to break this to the general public, but ketchup is not a vegetable. As a country, Americans are terrifyingly adverse to their fruits and veggies.

You’d think that with so much space to grow things that we’d be greater fans of fresh, beautiful, in-season produce. Nope. According to the US Department of Agriculture, only 8% of the American diet comes from fruits and vegetables.

What are we, a nation of toddlers? Not even when you look at the top 25 foods in the American diet do you see a single fruit or vegetable (French fries don’t count).

Processed foods take another hit when we examine them for beneficial fats. The right kinds of fat in your diet help with nerve and brain function and assist with healing.

The wrong kinds are just…well, fat. Soybean oil is incredibly cheap and is therefore incorporated into countless foods as a hidden source of calories. Vegetable oils can be dense sources of harmful Omega-6 fatty acids.

Unlike healthy Omega-3s, Omega-6 fatty acids are inflammatory and damaging to human tissues. They have been implicated in premature ageing of cells and heart disease and are sources of the trans fats that raise ‘bad’ cholesterol.

This is true with restaurant meals, but it is also true with the processed foods we eat in our homes. Since 1980 the caloric intake of the average adult has increased by 400 calories a day. That’s a whole extra meal from mostly processed sources, with no evidence of extra physical effort to burn it off.

Selective breeding has given us strains of wheat that are hardy in harsh climates and that produce well. The downside of this crop’s durability is a drop in its overall nutritional quality.

Scientists have studied strains of wheat from the past 160 years and have noticed a precipitous drop in mineral density over time. So while we have more wheat to turn into flour, that flour has 19-28% less magnesium, iron, zinc, and copper.

Where the top two sources for American calories stem from floury desserts and yeast breads, this is especially troubling. Not only are we eating more of a less nutritious wheat, we are combining it with yet more sugar. Again.

A glance at any given food label will give you a wealth of useful information- but perhaps not in the most useful way. All values are presented as percentages of a diet presuming you need 2000 calories a day.

This is in no way accurate- caloric demand is an individually calculated need based on age, gender, and activity level. During training, Olympic swimmer Michael Phelps downs 12000 calories every day, and manages to stay lean and fit. The same could not be said of your average accountant or high school student.

A moderately active woman weighing 140lbs only needs 2200 calories a day to maintain a healthy weight. The average American is eating about 2700 calories a day (and still not including enough fresh fruits and veggies). Our labeling system is misleading us, making it necessary to pay attention to how much we actually need to function on a daily basis.

8) The Decline of the Egg

Though a solid source of protein and loaded with mood enhancing Vitamin D, eggs have declined in popularity over the decades. Though they are high in cholesterol, there’s no substance behind the claim that they increase bad cholesterol levels.

Eggs are pretty astonishing as a food; they’re nutritious, versatile, and easy to prepare. This is what convenience foods should be- requiring minimal preparation, stores easily, and packs a punch that fills you up and feeds your body.

Since 1950 our egg consumption has withered from 375 to 250 eggs per person per year. That’s a pretty significant drop, and one we should reverse in the future.

Plus, many towns don’t zone against chickens- they’re great pets, easy to care for, and fun to watch. This might be the ultimate slow-you-food-down mentality: raise your own eggs and take responsibility for what exactly goes into your food!

Emerging as an invention to feed the poor cheaply during the Napoleonic era, margarine had its time. But with modern refrigeration we no longer have to worry about much of our food spoiling in excessive heat- it’s time to let margarine go.

Not just because butter tastes better (although it does by far), but also because of the harmful and artificial substances that go into the production of commercial margarine.

The popularity of margarine has introduced a whole new source of trans fats into our diet without the nutritional value that comes from real butter. Butter sourced from grass-fed cows has higher levels of trace minerals and also has factors that help keep our arteries supple.

Don’t eat it by the scoop like ice cream; but changing out your hydrogenated-oil-laden spread for real butter is a reasonable change.

Possibly one of the most damaging things to have happened to Americans is the concept of the low fat diet. It did not distinguish between healthy fats like the ones you find in avocados and nuts, and those you’d find in processed meat products.

With saturated fat and cholesterol policed so heavily, no one noticed that our consumption of refined grains and sugars climbed dangerously. It’s a revelation to hear that the obesity epidemic emerged simultaneously as the low fat diet trend emerged. Even worse, modern research has proven that a low fat diet is no better at preventing heart disease, obesity, or cancer.

So there you have it. We live in a very fast world, one that does not have the talent for waiting that our (healthier) ancestors had. That lack of patience has impacted our health through several channels- and the results can be seen around you every day.

Convenience food is nothing of the sort if it loses you time from your family getting an angiogram! If Americans are going to become healthier as a country, we have to give up our obsession with convenience foods, our sweet tooth, and our susceptibility to slick advertising campaigns.

We need to be smarter about our choices, and we need to change now. The alternative does not bear thinking about.