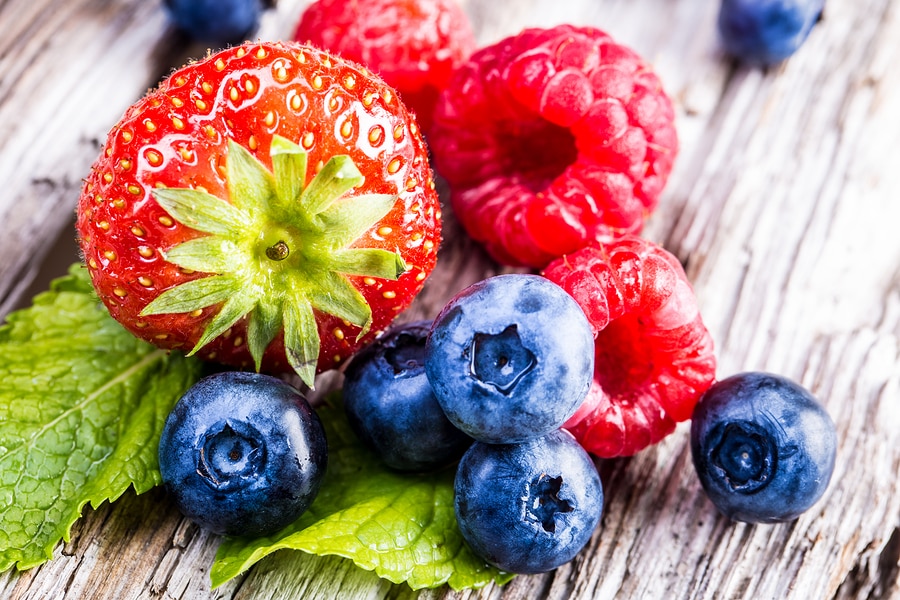 Changing your diet is one of the easiest and most effective ways to not only change your lifestyle but also reduce your risk of cancer. According to the American Cancer Society, nearly one-third of all cancer-related deaths could be traced back to dietary choices. That’s a huge number. And, more importantly, a huge preventable number given the amount of foods already in your kitchen that can help reduce your risk of contracting cancer. Some of these foods listed even have the ability to reduce tumor size and inhibit cancer cell growth. Here are 25 of those foods.

And, more importantly, a huge preventable number given the amount of foods already in your kitchen that can help reduce your risk of contracting cancer. Some of these foods listed even have the ability to reduce tumor size and inhibit cancer cell growth. Here are 25 of those foods.

Studies have shown that ginger may be more effective than chemo at fighting cancer. How? Its anti-inflammatory properties inhibit growth. This 2007 study from BMC Complementary and Alternative Medicine showed ginger’s effectiveness in fighting ovarian cancer. In this study by the University of Michigan Comprehensive Cancer Center ginger actually caused the death of ovarian cancer cells. And the great thing about ginger? It’s non-toxic, unlike chemo.

Also an antioxidant, turmeric is another great cancer fighter. While there are no comprehensive studies so far on it actually combating cancer, those antioxidant properties do a good enough job on their own. 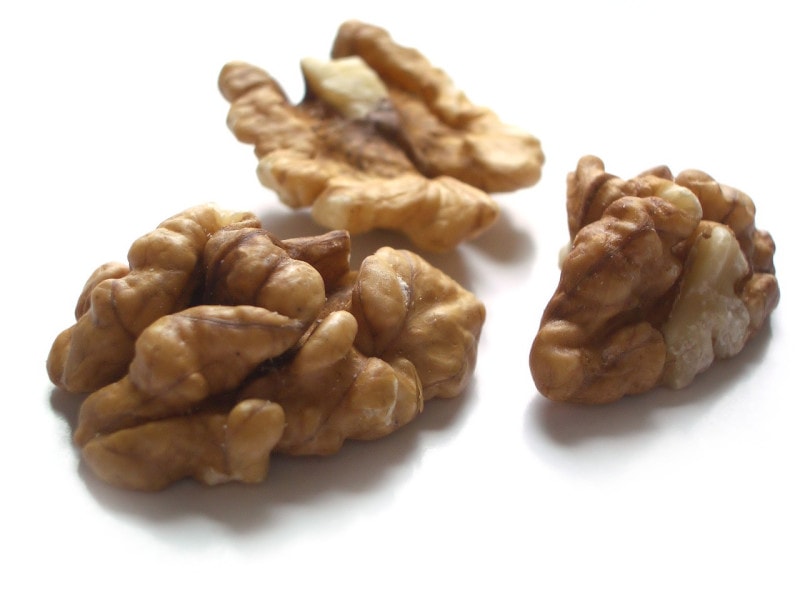 Packed with omega-3s, walnuts pack quite the punch in the battle against cancer.  Proven effective against prostate and breast cancer, eat a few handfuls of these a day to help your odds.

Garlic’s antibacterial properties have racked up a long list of cancers it has been proven effective against (colon, stomach, esophagus, breast, and pancreas, to name a few). And its versatility means that it isn’t very difficult at all to make this component a daily player in your everyday meal planning.

Though not necessarily a common option, it is the easiest one to introduce into your diet. Like walnuts, it has a lot of omega-3s, and unlike walnuts it doesn’t have a strong, identifiable taste or texture. Flaxseed can be sprinkled or cooked into just about anything, such as soups and pastas and smoothies. It has also been tested against breast cancer in mice and has been known to decrease growth of both estrogen-receptor-negative and positive breast cancers. 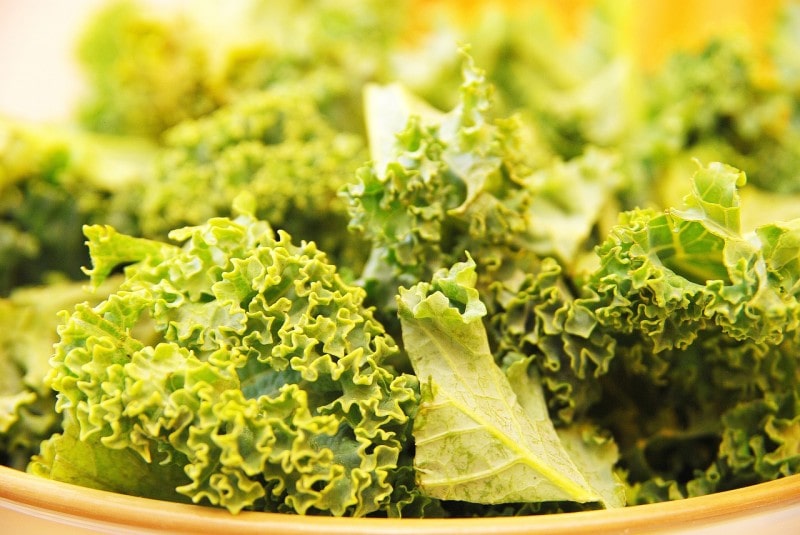 Time to switch out those iceberg and romaine lettuces: kale is a much healthier alternative, and a cancer fighter to boot. Kale’s antioxidant properties keep the body healthy enough that cancer won’t want to grow there. The American Institute of Cancer Research recommends dark green leafy vegetables for this reason.

Studies have found that consuming citrus fruit can cut the risk of stomach, larynx, and mouth cancers by up to 50%. The National Cancer Institute even calls oranges a complete package of every anticancer inhibitor known. How? In the peels of oranges there is an agent called  limonene which is a phytonutrient that stimulates our antioxidant detoxification enzyme system; this can help stop cancer before it even begins.

Also in the same cruciferous family as broccoli and cauliflower, Brussels sprouts have many of the same properties, and the same amount of cancer-fighting power. Just one cup is packed with more than 240% of your recommended daily amount of vitamin K1, and nearly 130% of vitamin C. One study even found that the compounds found in Brussels sprouts caused pre-cancer cells to, essentially, commit suicide.

Beetroot is a medicinal option that dates as far back as ancient Rome. Beetroot juice has been used—with rousing success in the 1950s— to treat late-stage cancers. So what is in beetroot that causes this? Betacyanins and betalains, powerful cancer-fighting and health-promoting compounds. It has been known to even help slow down the growth of tumors.

Sunflower seeds contain selenium, which studies have proven to reduce the risk of many forms cancer. It is best to eat them raw, however, and not roasted or salted.

Strawberries can not only fight cancer but can also even reverse cancer growth. According to Tong Chen, MD, PhD, a cancer researcher at Ohio State Comprehensive Cancer Center, eating strawberries helped Chinese participants at risk of developing esophageal cancer by preventing early lesions from developing into tumors. And with the many different ways that you can eat them, strawberries remain an easily accessible cancer-fighting food.

Apples contain flavonoids, which are cell protective plant chemicals. These chemicals act as antioxidants. In studies done by Cornell University researchers Jeanelle Boyer and Rui Hai Liu, apple consumption has been linked to cancer prevention. So it appears that an apple a day really does keep the doctor away.

Lentils have been known to work against bowel cancer and breast cancer, especially. According to various studies legumes (beans and lentils) appear to be able to help the body produce enzymes that help fight cancer. Lentils are also full of fiber, which helps you feel fuller longer, making them excellent on the waistline.

Miso has been known to prevent cancer and radiation injury, as evidenced by this study done Hiromitsu Watanabe. Miso is commonly made with skittake broth, and the shitake mushroom has been called the “healing mushroom.”

Pumpkin has been proven to be a heavyweight contender against breast cancer, as shown in this study. Pumpkin seeds contain phytoestrongens, which can help prevent breast cancer. So more than just eating pumpkin pie once a year, add it to your meals throughout the season.

Lemons have high amounts of vitamins, especially vitamin C, so try adding these to your meals, such as adding lemon juice to your water or to your smoothie. There are also countless lemon-based dishes to try.

This may be the most recognizable item on the list in terms of cancer prediction. Pomegranate has certainly gained traction in the last few years, rocketing quickly into the health and anti-cancer spotlights. Pomegranates are a rich source of antioxidants and also contain six chemicals aromatose, which produces estrogen, and which can nourish the growth of breast cancer.

Papaya contains lycopene, a cancer-fighting agent that is also found in tomatoes. How does it do that? Lycopene is a free radical-fighting antioxidant. Though papaya might not be as readily available as tomatoes, it is an excellent item to add to your grocery list, as it makes for a great snack or addition to breakfast. 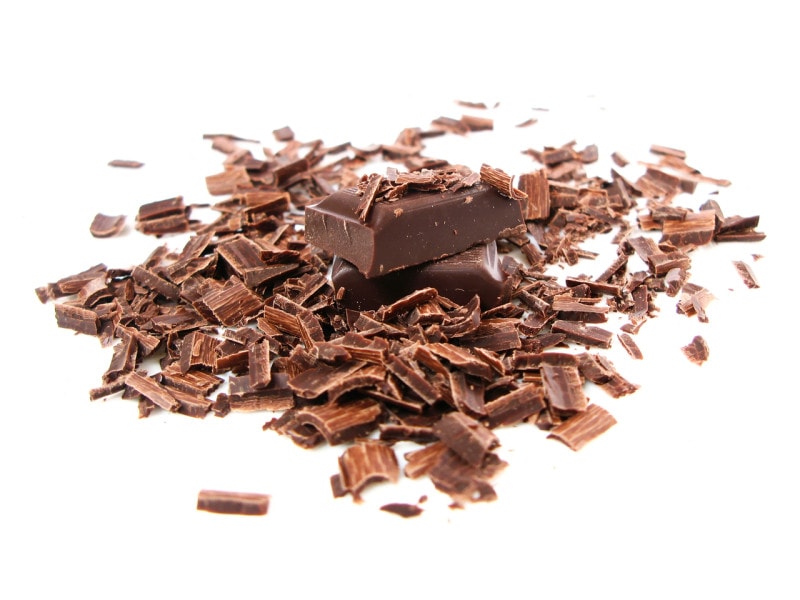 Yes, you heard correctly. Cocoa has a high concentration of catechins and procyanidins, bioactive compounds which can have anti-inflammatory effects, as shown in this study. Make sure, however, that you go for the least processed dark chocolate that you can find, because it will contain higher levels of antioxidants; more processed chocolates, such as milk chocolate, do not.

Raspberries are one of the easiest on the list to add to your diet. Because of their antioxidant properties raspberries—in particular, black raspberries—have been shown to slow down cancer growth. So add these and some flaxseed to your smoothie and know that fighting cancer really does taste great.

The studies extolling the benefits of grapes and red wine are numerous, so this one should come as no surprise. To reap the most benefits studies say to drink grape extracts, such as grape juice. Resveratrol, an antioxidant found in grape skins, is found in abundance in red wine. Doctors suggest drinking a glass a night for heart health, and now it appears it has added benefits as well. 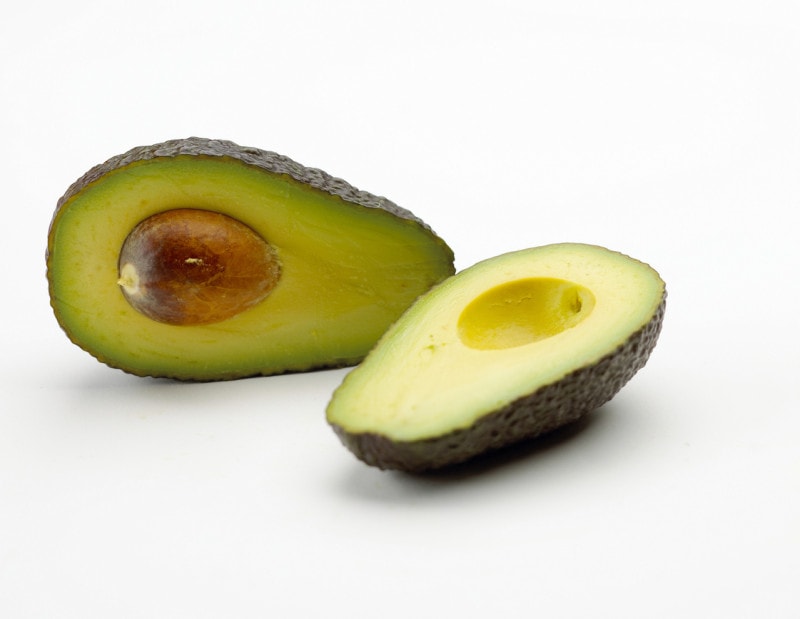 Another craze that swept through a few years ago, avocados contain fiber and antioxidants. According to a new study, they also contain molecules that appear to attack the stem cells of acute myeloid leukemia. So if you weren’t a fan of avocado before, maybe it’s time to try guacamole again, or add a slice or two to your sandwich or burger.

A recent study shows that oleocanthal, a compound found in extra-virgin olive oil, can kill cancer cells in less than an hour. Adding to that, olive oil is also a healthy cooking agent, and its versatility allows you to add it to a wide range of dishes, such as salad dressings, and is a great alternative to canola oil.

Cancer is a serious threat, and even if you think you may be in the clear it is never too early to begin fighting it. And these foods also allow you to start a new, healthier lifestyle, which can affect you for the better. Your body runs the best when it’s given all of the proper nutrients, and adding these foods can prevent and protect you from a myriad of other illnesses.