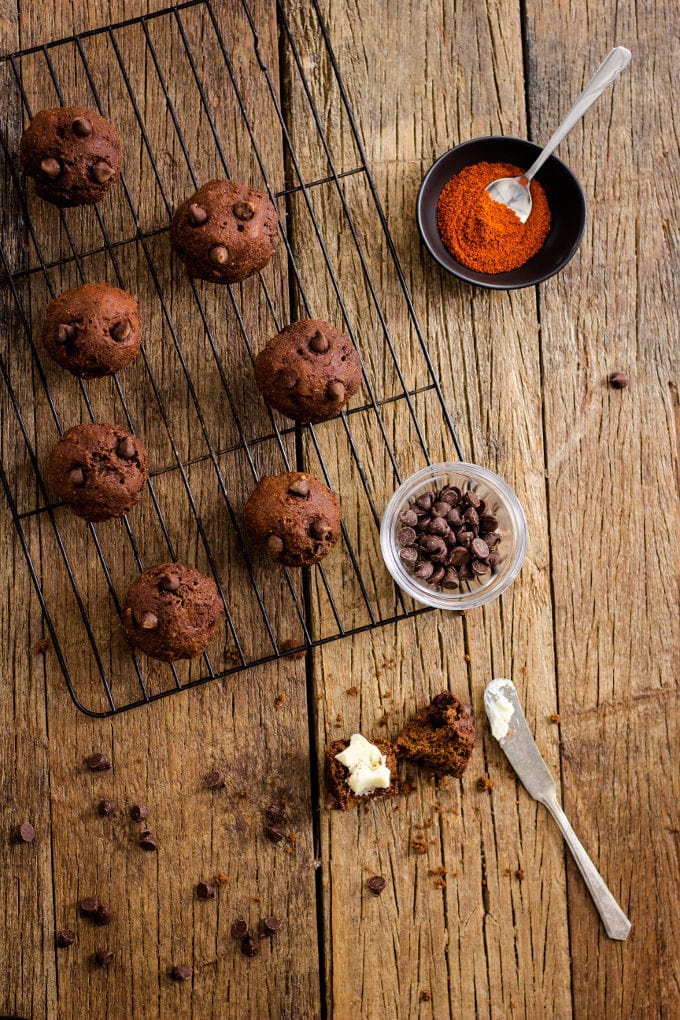 Oh how I LOVE those…

An intense double chocolate taste with a subtle but satisfying spicy kick. YUM.

And now is the best part: they are entirely paleo, vegan and gluten-free!

How awesome is that? 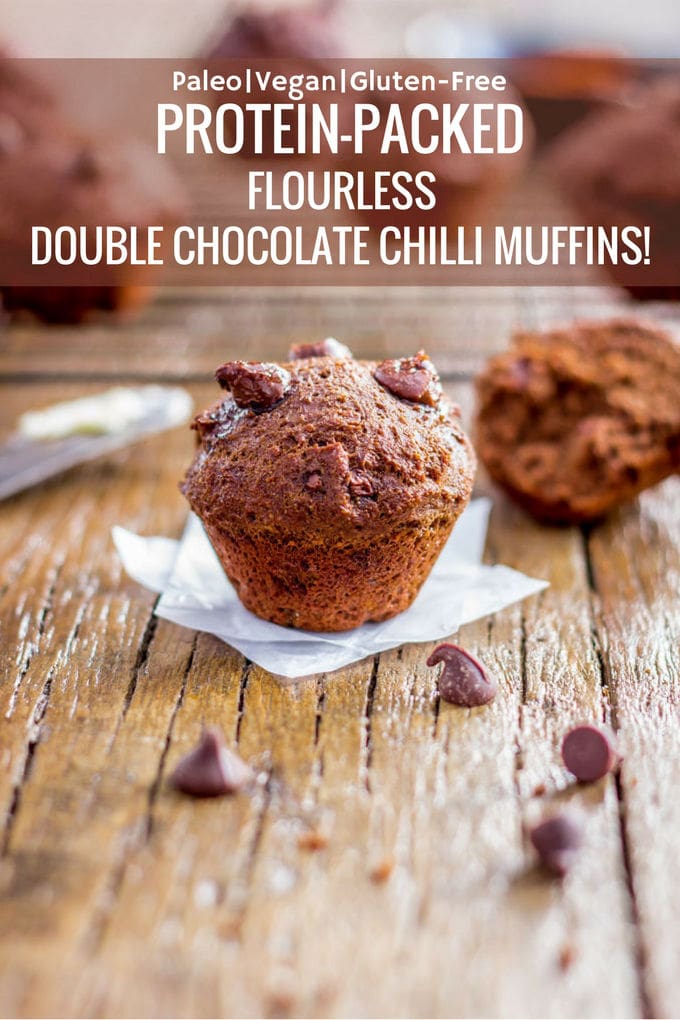 I remember that when I started cooking several years ago, muffins were much closer to cake than anything else. Most muffin recipes were using tons of really bad fat (Remember crisco?).

Still, a lot of people thought they were the healthiest thing in the world at that time and would often rely on them as a “healthier alternative” for snacks and breakfast.

Then, a few years later, when “healthy” became the new trend, muffins became a lot less popular, for obvious reasons…

People started seeing them the way they really are: cake in disguise!

Oh no! What a bummer…

THEN came the REAL FOOD movement… 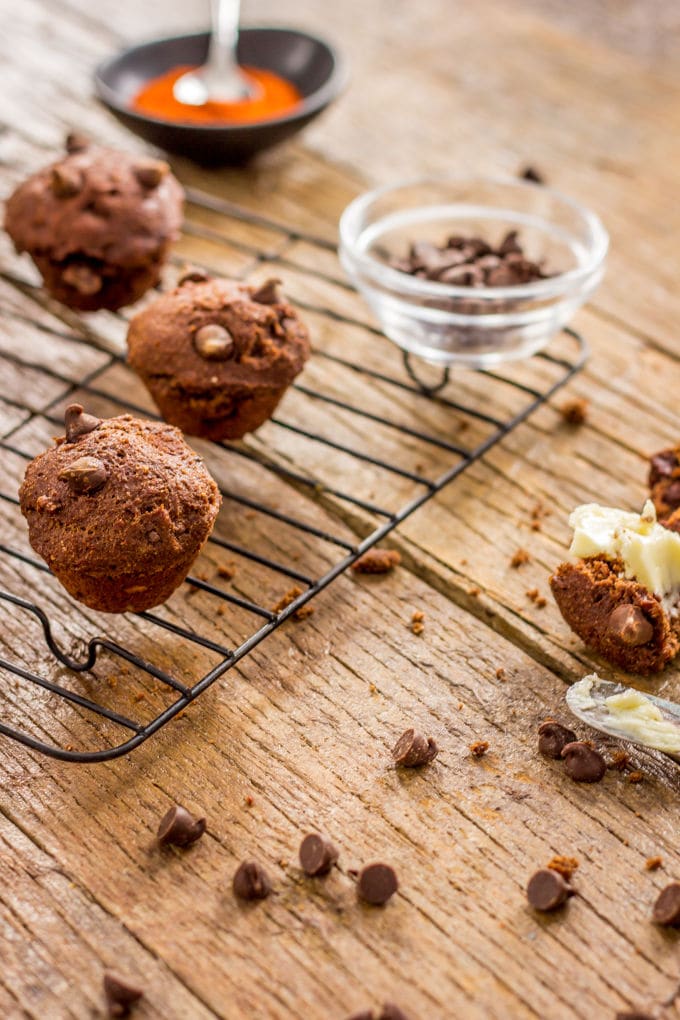 With diets such as paleo, vegan and gluten-free becoming so popular, people started thinking of ways to make all of their favorite food and recipes “friendly” to their particular diet.

Muffins, along with many other things (even cake!) became 100% healthy, if prepared the right way with specific ingredients.

What a magic trick! 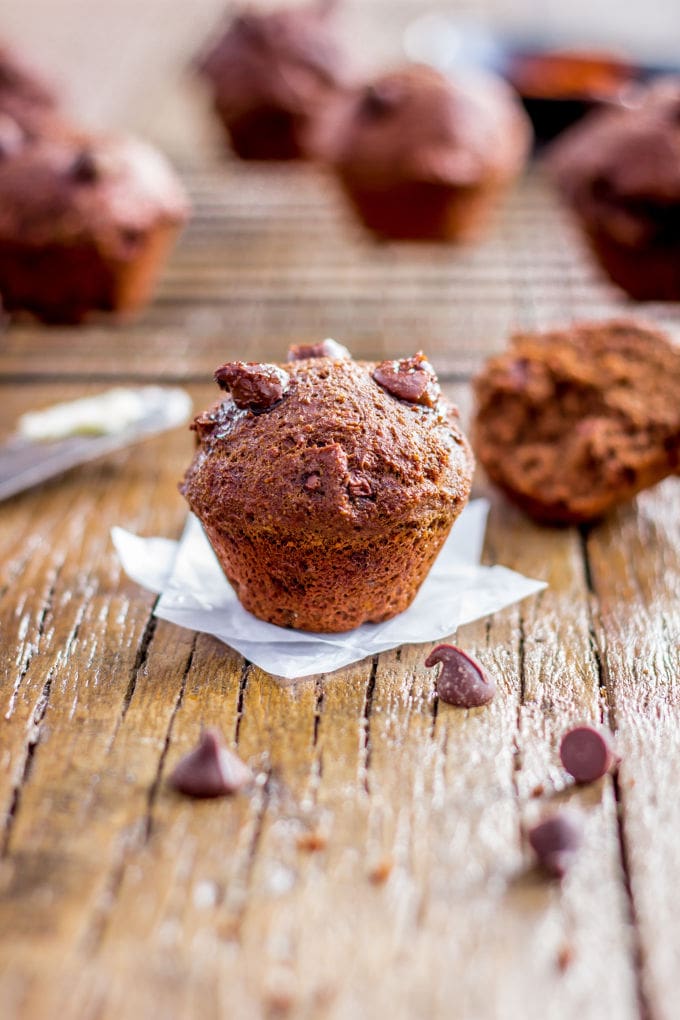 I could go on and on with the impressive list of super healthy ingredients available to us nowadays.

Before I started my food blog, I knew nothing about them, except for maybe… Whole wheat flour and pure oatmeal?

To me, at that time, putting the words “Double Chocolate” and “super healthy” in the same sentence was a BIG FAT LIE!

But now I can say it with confidence:

Those double chocolate spicy bites of goodness are super healthy! 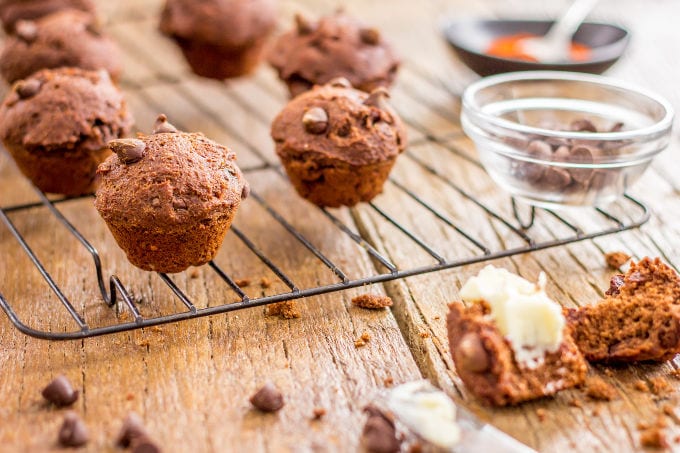 Whoa, what a long list of good reasons to try them! 😉

They are also quick and easy to make as they require nothing more than one bowl and a whisk. 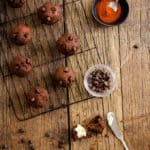 * I used a gluten-free / vegan option for the chocolate chips. If you can't find any at your local grocery store, Amazon offers some very good products

** You may use plant-based protein powder for a vegan version but take note that this type of protein powder soaks more moisture so you should reduce the amount of coconut flour to 1/4 cup and gradually add some almond milk until the mixture has the consistency of muffin batter (similar to pudding).