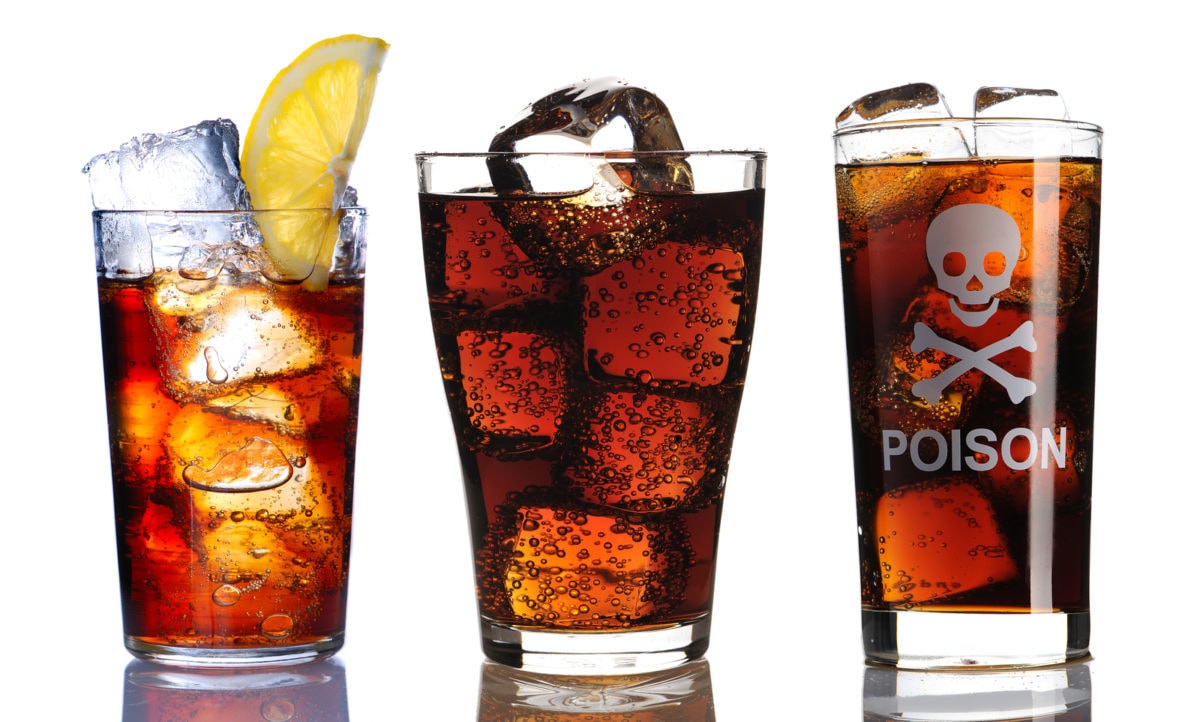 Are you one of the hundreds of thousands who make diet soda their drink of choice? Love diet soda? Feel like you couldn’t possibly live without it? You’re not alone. Diet soda is a popular choice among consumers today, with 24% choosing diet over regular.

But that doesn’t mean that with all the notoriety surrounding it that diet soda will remain as popular forever. Concerned? Curious? Then you may want to read ahead and discover what scientists know that you don’t about the fate of diet soda.

Americans just aren’t buying into the diet soda craze anymore. We already know that it isn’t good for you, according to study upon study, and that sweeteners are slowly killing us. So it’s no wonder that even back in 1997 diet soda sales began to flag. And with the growing health concern we should see sales begin to dip even further in the coming years.

It does not help you lose weight

The main reason many people seek out Coke or Pepsi’s diet counterpart is because they’re looking to shed a few pounds, or they’re looking to watch what they eat. Studies have proven that that is not the case, no matter how few calories are on that nutrition label.

Is it the cause of escalating obesity, as it has been said? The artificial sweeteners in diet soda (such as aspartame) trigger insulin responses and send your body into fat-saving mode like regular sugar does. So, really, by trying to skip those extra calories that regular soda offers you’re not really skipping them at all.

As recently as July 2015 sales are on the decline

Since 2014, sales of diet soda have gone down 6.8%. What does this mean for the diet soda industry? Well, with the numbers it looks like it may be going the way of the dodo—or at least getting to the point where there is less to offer for consumers. Diet Coke especially is seeing its sales decline—as much as 8% as of October 2015, according to CNN.

In fact, soda and diet soda sales are in their tenth year of decline, says CNBC. And when you think about it, that’s pretty spectacular given how popular soda was just over a decade ago.

Since earlier last year when Pepsi announced it would stop using aspartame, the addictive sweetener used in its diet products that has been linked to memory and learning problems, Coke’s sales have declined while Pepsi’s has risen. With a more health-conscious consumer base it’s easy to see the direction that the soda industry will go. Water is in, and soda is out.

Consumers are beginning a move toward fresh products

It’s no secret that the fresh, organic craze is sweeping the country. People want food with no GMOs, no added by-products or artificial sweeteners, which is a real kick in the pants for an industry that makes its money off of artificial sweeteners. The Coca-Cola North American president, Sandy Douglas, said that the diet and frozen parts of the consumer food industry have been floundering as consumers flock towards natural and fresh products.

Can you get hooked on diet soda?

Government surveys report that yes, it is a very possible outcome. They have discovered that, of those who drink diet sodas, some of them average twenty-six ounces per day, and some even more. Up to 3% have reported having at least four beverages daily. So what is it making diet soda so dangerous?

Caffeine could be at play, but that doesn’t explain the lack of such an aggressive response from non-diet drinkers. According to Harold C. Urschel, MD, an addiction psychiatrist in Dallas and the author of Healing the Addicted Brain, it’s all in the mind. He says that since these drinks are diet you’re allowing yourself to drink more and more because it’s supposed to be healthier for you, rather than having a very different outcome.

Alternatively, it could all stem from the aspartame used in the drinks. While acting as a sugar, they are not real sugar, which is something your brain can identify, says Martin P. Paulus, MD, a professor of psychiatry at the University of California San Diego. He, along with fellow scientists, conducted a 2008 study on the effects of Splenda and found that the brain recognized it as an unsatisfying reaction to getting the taste of sugar, so it made the women crave more. This 2010 study found very similar outcomes.

So it’s no wonder that diet soda has begun to have a negative image in the public, and why its days could very well be numbered.

We have already mentioned that sales have dropped drastically since 1997. Unfortunately for diet soda, it doesn’t look like those numbers will be going up any time soon. Water is becoming king, reports Fortune. With the switch over to cleaner living as we usher in the new year, more and more people will plan on leaving the additives behind on the shelves.

2014 sales for bottled water spiked, with brands such as Dasani and Nestle Pure Life experiencing an 8.9% and an 8.2% bump, respectively. Nielsen data reports that in the last two years alone soda sales have slipped 8% in North America, with its diet/light counterparts slipping a whopping 12%. These numbers don’t bode well for an industry that used to be booming and popular, and we could very well see diet drinks disappearing off the shelves for good in just a matter of years.

Diet soda, regardless of its fate, is still widely loved by many. While not as popular as they were in their heyday, there is still time for it to make its comeback—or maybe its time in the spotlight is over and the time to draw the curtains has come. Whichever it is, diet soda will always have its loyal fanbase of avid drinkers.