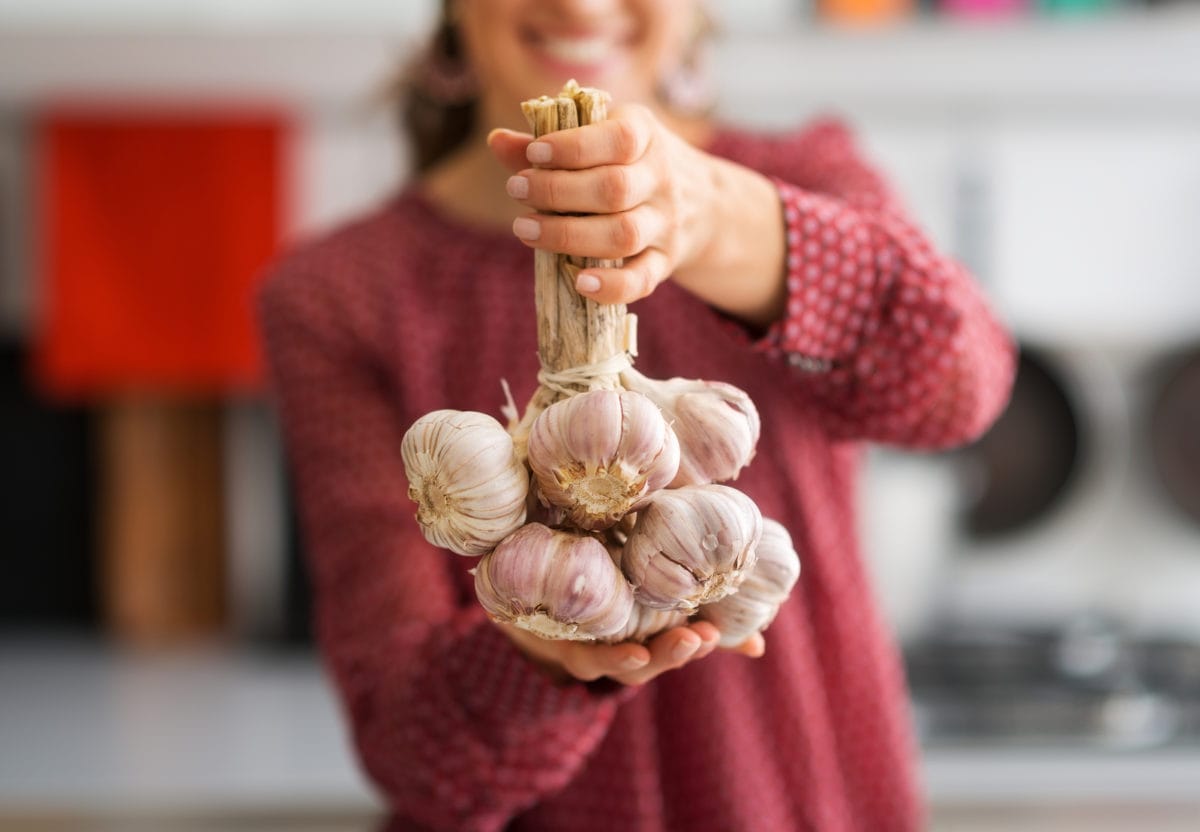 Garlic is part of the Allium plant family, which includes such tasty members as onions, shallots, and chives. All these are characterized by the presence of sulphur compounds, which caramelize during cooking into rich familiar flavors and scents.

It is a universally popular staple in the food of many cultures, and it also features in traditional medicines. With beautiful utility, garlic isn’t just delicious and versatile in cooking; it has been clinically proven to positively affect health and wellbeing.

Recently garlic has been researched and shown to have both healing and soothing effects on the circulatory system. Its intrinsic compounds of diallyl sulfide and diallyl trisulfide have been studied and have been proven to help protect cardiac muscle during open heart surgery procedures and also during a heart attack.

Daily doses of garlic oil have shown promising results in the management of chronic congestive heart failure, helping to fend off unhealthy enlargement of the heart muscle and lowering both systolic and diastolic blood pressure readings.

Researchers at Ankara University in Turkey discovered that garlic supplements improved the lipid profile and increased the blood serum antioxidant level. Over the course of four months, significantly lowered blood pressure resulted from the experiment.

A Chinese study shows more promising results. People who ate raw garlic at least twice a month were significantly less likely to develop lung cancer- 44% less likely! Impressive for a tasty, unassuming little plant. The organo-sulfur compounds in garlic have been studied at the Medical University of South Carolina for their cancer-fighting properties.

In particular, they have been effective in killing brain cancer cells (glioblastomas), with few side effects. Traditional medicine from many cultures dictates the use of garlic to treat not just these two cancers, but also those affecting the prostate, breast, stomach, rectum, and colon.

Deeper findings in these cases is still pending, but early research is promising at best and benign at worst.

In fact, garlic is so effective that it was used as an antibiotic to combat gangrene in World War I and II.

The sulfide compounds so effective against circulatory issues don’t just stop there. Regular consumption of garlic has been associated with decreased amounts of systemic inflammation.

King’s College London and the University of East Anglia conducted extensive twin studies that showed that women who consumed garlic were less likely to develop osteoarthritis, especially in the hip joints. Garlic may even have anti-inflammatory and protective effects on the liver as brought about by alcohol induced stress and heavy metal toxicity.

Rich, garlicky chicken soup has been a home remedy for the common cold for time out of mind. It turns out there’s some truth to the treatment. While not precisely helping with the symptoms, a diet that regularly features garlic has been proven to go hand-in-hand with contracting fewer colds over time. More garlic intake, more consistently consumed would seem to prevent colds from getting a foothold in the first place.

Garlic doesn’t have to be eaten to take advantage of all its benefits. External uses abound, ranging from cold sores and athlete’s foot to mosquito repellent. Cut fresh cloves rubbed on the skin has shown some effectiveness in all these cases, however funky that may smell. A natural, benign, and effective treatment is often worth the trademark strong odor.

In general, therapeutic treatments used garlic supplements or garlic oil to achieve their positive results. These dosage mediums are important because they are unheated- and therefore, the sulfur compounds aren’t broken down. Diallyl sulfide and triallyl sulfide are both heat-sensitive, so consuming garlic in a raw or nearly raw form is best.

Fresh garlic must be crushed or minced then let rest momentarily to extract the most from any given clove. Raw garlic can be incorporated into cooked dishes by adding it at the last moment, just before serving. In this way, the pungent flavor of garlic can be mediated a little without damaging its delicate health-improving compounds.