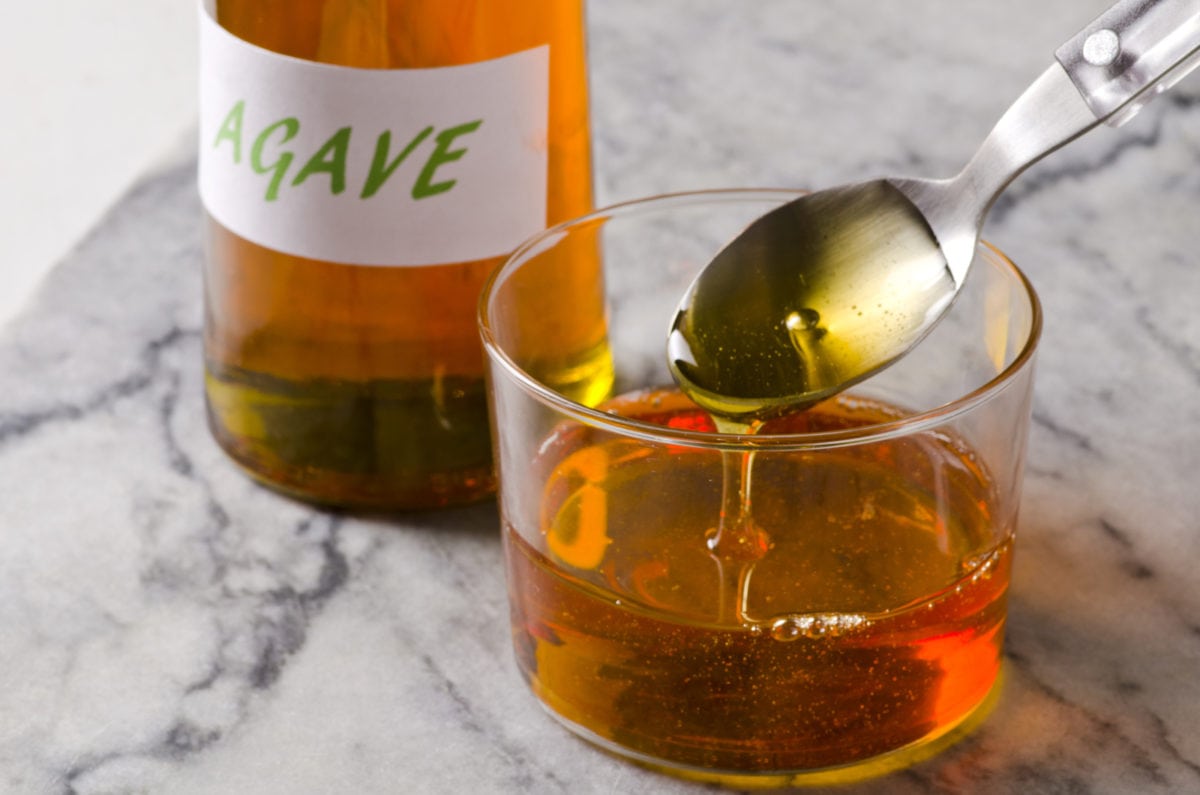 The Search For Sweetness

Modern Americans are perpetually seeking new answers to prolonged health, fitness, and energy. Through the decades options both sensible and questionable have arisen with variable success. In particular, the topic of sugar has re-emerged as a sticking point for the sweet-loving American palate, and the search for a healthy alternative an endless one. Almost two decades ago agave syrup burst onto the scene accompanied with much excitement. For raw foodists and vegans, it’s an exciting alternative to honey and maple syrup. Characterized by a pleasantly neutral flavor, it proved itself as an incredibly versatile sweetener. But under closer inspection is this desert plant really the miracle it was originally touted to be?

Almost two decades ago agave syrup burst onto the scene accompanied with much excitement. For raw foodists and vegans, it’s an exciting alternative to honey and maple syrup. Characterized by a pleasantly neutral flavor, it proved itself as an incredibly versatile sweetener. But under closer inspection is this desert plant really the miracle it was originally touted to be?

Ancient Origins
Agave is a desert plant native to Mexico (though also grown in South Africa); though many varieties exist, the most famous is blue agave, also the origin of high-quality tequila. The same natural plant sugars that ferment into this potent liquor are also be reduced into a useful syrup. Unrefined, this concoction has been used for centuries by indigenous peoples of Mexico both as a sweetener and as a medicinal extract.

Traditionally boiled down like maple syrup, agave syrup has powerful antioxidant and anti-inflammatory properties. Mineral salts like calcium, magnesium, potassium, and sodium all coexist in the pungent folk medicine. However healthy the archaic form of this product is, though, it is not tasty by Western standards. Agave nectar found commercially today has little in common with the ancient home remedy used by the Aztecs as a sweetener, skin balm and first aid ointment. 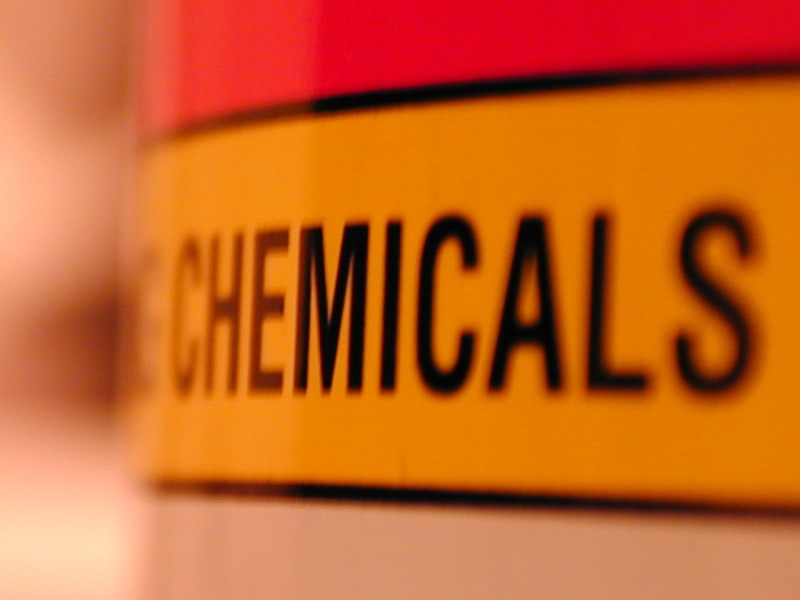 Agave production is a costly long-term investment that requires careful management. During the extended growth period- typically seven to twelve years- the plants must be carefully tended to produce the greatest quantity of high-quality product. To this end chemical fertilizers and pesticides are used extensively to ensure optimal crop yield.

Once mature, the leaves are removed and the central core (the piña) is processed. Juice is extracted at high temperatures, filtered, and clarified into a shelf-ready product. Depending on the extent of processing, agave can be produced in grades much like maple syrup. A raw form is also available but is still subject to extensive chemical refinement.

Highly concentrated, agave nectar has been rated as being about half again as sweet as sugar due to its extremely high fructose content. This leads to a line of thought where less sweetener would be needed, benefitting those seeking reduced-sugar diets. The problem, however, is that agave nectar contains both sucrose and fructose. Agave nectar has even more fructose than high fructose corn syrup, which has been implicated in multiple health disorders associated with excessive sugar consumption.

The ingestion of substances with concentrated fructose content has been associated with increased risks of insulin resistance, higher triglyceride levels, and increased uric acid formation (a risk factor for gout). In short, these disorders stem from excessive strain on the liver caused by sugars.

Further complicating the issue is saponin, a substance found in agave syrup and has its own unique health risks. Saponin has been proven to cause digestive issues like vomiting and diarrhea, and in extreme cases has been a factor in miscarriage. 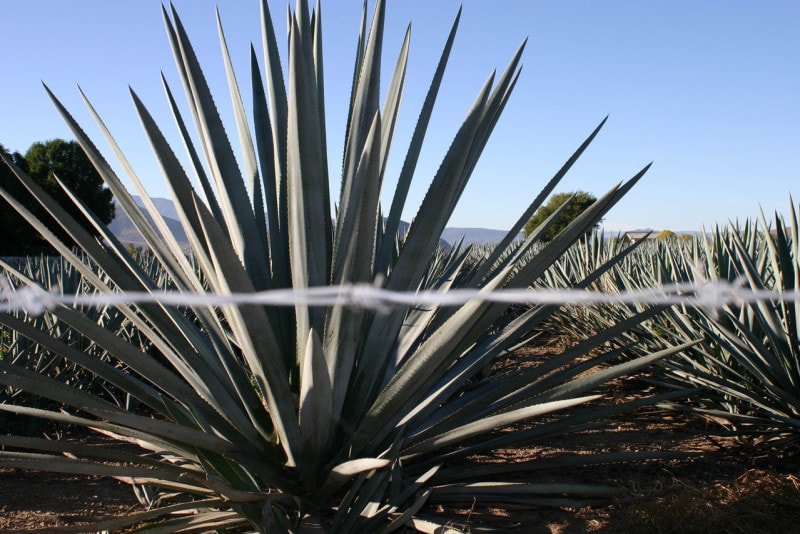 Sweet For Business, Not For The Environment

Health issues aside, the economic impact of the agave industry cannot be overlooked. With the greater portion of Mexico’s population employed in rural areas, the financial effect of the agave plantations is impressive. In 2010 alone the agave syrup industry netted $1.2 billion, leaving an uncomfortable sense of how Western demand affects the world.

Agave is big business, and continues to be so despite its associated scandals. Adding to the issue are concerns about the residues of caustic substances used in the extraction of agave nectar. From an ecological standpoint, agave is harvested before it blooms so food sources for beneficial pollinators such as bees and nectar eating bats have disappeared.

Especially disturbing is the widespread use of chemical pesticides and fertilizers, also contributing to the decline in populations of pollinating species. The Food and Drug Administration commonly rejects shipments of agave nectar due to dangerous concentrations of these undesirable agricultural chemicals. Organic agave seems to be the safest option, but must carry the seals of either ‘USDA Certified Organic’ or Quality Assurance International (QAI) for best safety standards.

At first blush, agave would be an ideal alternative sweetener for special populations. Vegans prefer it over honey as it does not ‘enslave’ bees. Additionally, because of its subtler flavor, it is a more palatable substitute than maple syrup for use in Western baking. However, the overall environmental impact is so negative that ‘ethical’ vegan use of agave borders on the ridiculous.

Similarly, it’s usage as an alternative for diabetics fails with a little research. Agave contributes to disorders from daily overuse of sugar as much as any other sweet alternative. Both the American Heart Association and the American Diabetes Association recommend limiting sugar intake for optimum health. Specifically, women should have no more than nine teaspoons and men no more than twelve teaspoons of sugar daily. Considering a single can of cola has ten teaspoons of sugar alone, these limits leave very little room for excess.

It is apparent that excessive sugar consumption in America is a growing concern, but utilization of alternative sweeteners does not solve the puzzle. No matter what form the substitute takes, it engenders issues that feedback to the same problem: too much sugar just isn’t healthy for the human body. Our livers were never designed to process excessive amounts of refined sugar, and our overall health as a nation is on a downturn because of this issue.

Agave is a tasty and useful sweetener, but it is not the solution to diet-based health problems. Given the reasonable guidelines put forth by the medical community, the clearest line of reasoning follows a path of moderation. Careful consideration of dietary components and conscientious consumption of a variety of healthy foods appears to be the safest, most healthful route.

Does agave nectar have a place in the food pantheon? Perhaps- but like any sweetener or highly processed product, it should be used sparingly. As an option in a varied diet, it is probably benign. As a major pillar of daily dietary structure, it should probably be avoided.