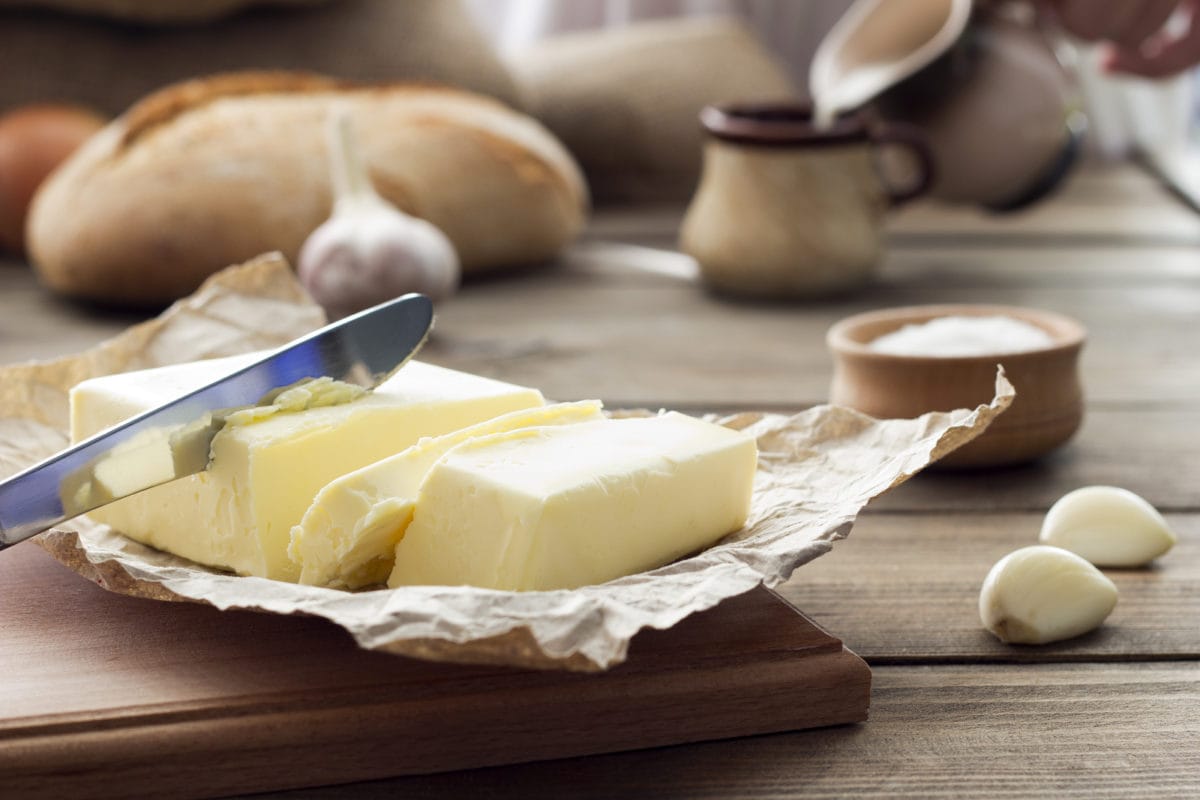 One of the most controversial subjects with food nowadays is fat. Good fat, bad fat, saturated, unsaturated, trans- so many varieties, so many opinions.

Science tells us that fat is more calorie dense than either carbohydrates or protein, but there’s more to fat than its calorie count. Fat is important for brain growth and maintenance; it is also essential for the proper absorption of vitamins A,D, E, and K.

From another angle, using the right fats for cooking is utterly crucial. A truly astounding assortment of flavors need to be cooked either with or in fat to really get the best effect.

Flavor is often at its fullest when fat soluble- which is why fatty foods often taste so rich and delicious. The usage of real butter in baked goods is so entrenched that it practically reads as scripture. Fat is vital to life- but not all fats are created equal.

At the epicenter of the great fat debate is the question of whether butter or margarine is better for you. Butter has been vilified for decades as a contributor to cardiovascular disease and obesity. Margarine was supposed to be a healthier alternative…but recent studies have thrown some shade on the subject.

The complex chemical process used to convert liquid plant fat into a spreadable solid has been shown to be not particularly healthy either. The choice sets you squarely between a rock and a hard place; this is only more confounding because fat is an essential component in our diets. So the question remains: which one to choose?

A History of Fat

Dietary guidelines of all sorts have fluctuated wildly since the 1900s. For an eye-opening overview from the past century, check out the informational posters produced by the US Department of Agriculture http://plenteousveg.com/government-health-posters/  It’s a little frightening and a little funny all at once- but illustrates the changing attitudes about food over time.

Solid, inarguable facts DO exist though. The first ever reference to butter making is illustrated on a 4500 year old limestone slab. The use and value of butter has been a solid presence in many cultures.

The domestication of cattle is projected by DNA studies at the University College of London as occurring about 10 500 years ago; it is plausible that both meat and milk usage became standard practice. The invention of butter was probably discovered not long afterward (historically speaking).

In more recent history, a reliable source stated that in 1900, the average American consumed about 18lbs of butter yearly. By 1960 that had plummeted to a mere 4lbs per person per year, but a previously rare disorder- heart disease- went from being an unheard of oddity to America’s #1 killer. If butter is so dangerous, why have so many diseases proliferated as its use has declined?

Butter is simple. Butter is milk and sometimes salt (added as a preservative). Like any naturally- based food, butter is full of vitamins, minerals, antioxidants, and beneficial compounds that are just beginning to be discovered.

In particular, organic raw butter from grass-fed cattle has shown to have a wide spectrum of benefits when used in moderation. Butter eaters are apparently less likely to have heart attacks than their margarine using counterparts.

It has impressive anti-fungal properties, helping to combat candida overgrowth. It contains a compound known as sodium butyrate which is almost exclusively found in butter and cheese. This compound has been shown to mediate some symptoms associated with diabetes, increasing reactions to insulin and preventing excessive weight gain.

Regular butter consumption has been associated with a decreased chance of degenerative osteoarthritis, protection against hardening of the arteries, and lowered instances of tooth decay.

Chemically speaking, butter has a unique combination of short and medium length fatty acid chains that metabolize differently than other fat sources.

The resulting effect is a lasting sense of satiety and an increased rate of fat burn. Rounding out the list of butter benefits is its rich content of conjugated linoleic acid. This compound has been shown to decrease tumor size in colorectal cancer patients and may also help fight breast cancer.

Margarine is derived from refined vegetable oils and is available in a solid stick form and a semisolid tub variety. It was invented in 1869, winning a contest commissioned by the French Emperor Napoleon III.

A useful butter substitute was needed to supply the military and lower class citizens, one that had a longer shelf life and that could be produced cheaply. Margarine has come a long way since then, with many varieties and manifestations.

A walk down the dairy aisle of a grocery store will show packaging proclaiming ‘olive oil blend’ or ‘with real dairy yogurt’. At the core though, margarine is still hydrogenated (as the process used to make liquid fats solid is called) vegetable oil.

Margarine has no saturated fat, and is often fortified with plant sterols and stanols that may help with cholesterol management. On the downside, stick margarine contains unhealthy trans fats that have been implicated with increased levels of ‘bad’ cholesterol (LDL).

Tub or liquid margarine are both better options than the stick variety, and are rich with heart-healthy mono- and polyunsaturated fatty acids. But the controversy remains.

The sheer mass of contradictory information available makes your choice of spread incredibly difficult. The greater part of the public, only casually interested in health, is likely to thoughtlessly ask to have the toast passed to them no matter what spread was used. Scientists and medical experts are divided on the issue. Caveats and exceptions abound.

What does seem to be consistent is the opinion that moderation is best in all cases, and excessive consumption of any food- no matter how beneficial- is the fastest route to long-term physical issues. Given recent studies, though, it would appear that the virtues of long- slandered butter may be more numerous than previously expected.

Its positive effects on chronic illnesses are just becoming apparent, and more perks are discovered on an almost daily basis. What remains consistent is the need for the best quality nutrition to be incorporated in this choice just like any food.

In this case, organic, grass-fed, and (if possible) raw butter used as an adjunct to a healthy diet may be the most valid choice.