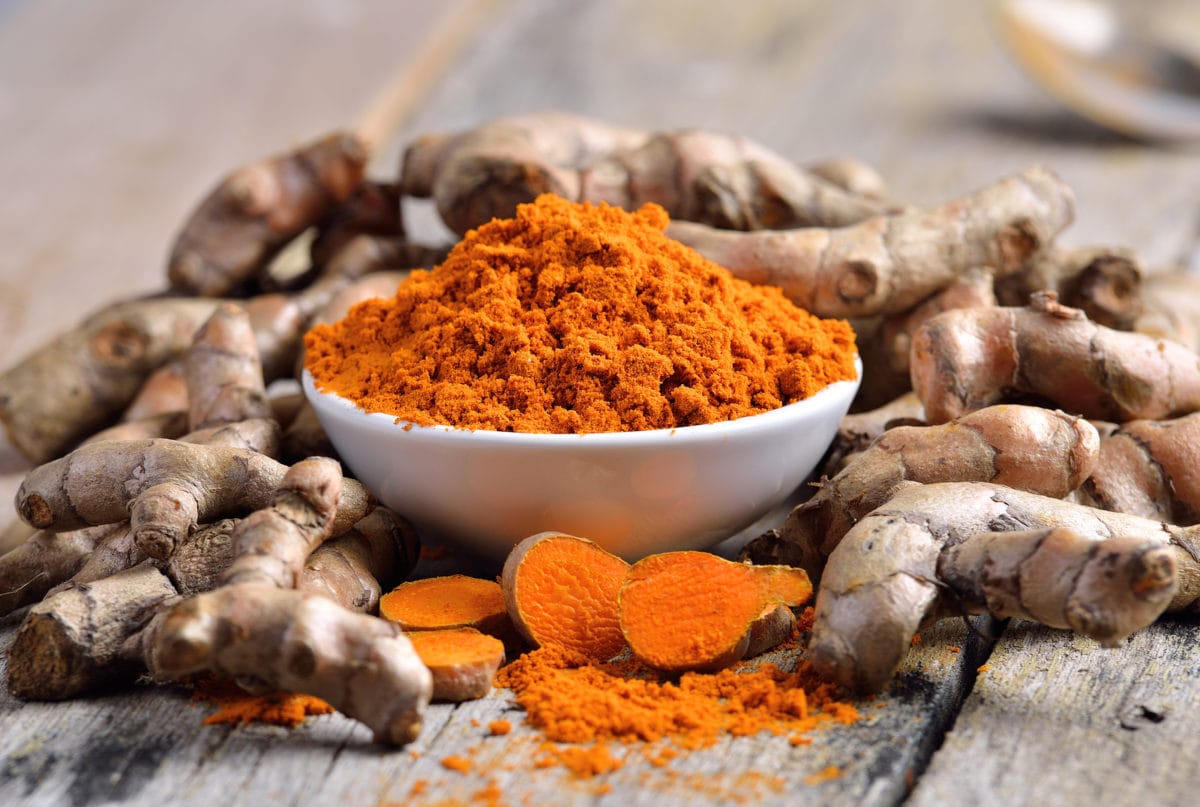 An anti-aging, antioxidant, and anti-inflammatory super spice, there is very little that turmeric can’t do. In fact, it is even known as “the queen of spices” because it possesses not only a culinary aspect but also a medicinal one that dates back 4,000 years, as far as Ayurvedic and Chinese medicine, to treat a number of ailments.

Many Indian dishes include it because of its earthy, peppery taste, and from its warm golden color its other nickname, “Indian saffron,” arises: in fact, it is turmeric that gives curry its trademark golden color. From the brain to the body, turmeric has many benefits aside from looking pretty and tasting good, and six of these reasons it should be in your diet can be found below.

Obesity and diabetes are prominent, serious problems in the United States, with more than one-third of the population[1] suffering from obesity alone. A study[2] done in Japan catalogued the effects of turmeric on hyperglycemia on lab rats, with the control group not being fed a turmeric-infused diet and the other group doing so.

The results showed a spike in glucose for the rats not fed turmeric and a drop for those who were. Since type 2 diabetes is caused by cells failing to respond to insulin, these test results proved the efficacy of turmeric in aiding and even reversing the effects of type 2 diabetes by improving blood sugar levels and reducing insulin resistance.

And while no tests have yet proved that a high dosage of curcumin can fight cancer, the results for it against colorectal cancer have proved positive. In a study[3] done with 44 men who had lesions in the colon that can turn cancerous, the administration of curcumin at a rate of 4 grams of curcumin for 30 days reduced the number of lesions by 40%.

Because cells in the colon replicate rapidly, cancerous mutations often occur. Curcumin helps fight and destroy these cells, stopping them from spreading throughout the body and mutating into tumors.

Arthritis is an ailment that is often tenacious enough to persist even with the help of Advil or other prescription pain relievers. According to the CDC an estimated 52.5 million people[3] in the US alone suffer from a form of arthritis.

Turmeric’s anti-inflammatory properties are brought into play here: in 2012 a study[4] done by Binu Chandran and Ajay Goel of the Nirmala Medical Centre showed that the curcumin in turmeric helped relieve active rheumatoid arthritis sufferers. A 2006 study showed that ingestion of turmeric subsequently prevented, not reduced, inflammation in the joints of RA sufferers.

Let’s face it: most of us want to lose weight at some point, regardless of whether or not we actually follow through. Dieting is difficult, especially when you’re searching for supplements. Curcumin helps stimulate the gallbladder and increase bile production: bile helps digest fats, meaning that the better your production the more fat you’ll burn.

Research in the European Journal of Nutrition[5] even states that curcumin can be useful in the treatment of obesity-related chronic diseases. And since the hallmark of many chronic diseases is inflammation, of which turmeric’s anti-inflammatory properties are its specialty, curcumin can modulate the cellular pathways that can lead to diseases such as diabetes and heart disease.

This might be the most popular reason on the list, and one that maybe many will know. Maybe your mom or your grandma probably has cut out a little square from a nutrition magazine and taped up in her cupboards that boast the brain-boosting powers of turmeric, and maybe you’ve ignored it up until now. But Alzheimer’s is the most common neurodegenerative disease in the world and is a leading cause of dementia.

While no cure yet exists, it is still possible to slow it down or even prevent it with curcumin. Curcumin can pass the blood-brain barrier[6] and can reduce inflammation and oxidative damage done to the brain. A key feature of Alzheimer’s is a buildup of things called Amyloid plaques, or protein tangles. Studies[7] show that curcumin can help to clear those plaques.

There is some promise in curcumin to help treat those who suffer from depression. A small study[8] done divided people into three groups: one took Prozac; one took a small dose of curcumin; and the third took both Prozac and curcumin.

The study lasted six weeks. At the end of the six weeks results showed that curcumin had improvements that were similar to those of Prozac. The group that took both curcumin and Prozac fared the best. Depression also is linked to reduced levels of a brain-derived neurotrophic factor as well as a shrinking hippocampus, or the area of the brain devoted to learning and memory.

Curcumin has been shown to boost BNDF (brain-derived neurotrophic factor) levels. And we already know curcumin’s level in helping fight and prevent the degradation of Alzheimer’s disease.

The good thing about turmeric is that it’s fairly easy to add into your everyday diet. If you’re worried about Alzheimer’s, if you’re suffering from depression or arthritis that no over-the-counter pain medication can help, or if you even just want to be a step ahead of the game and prevent these ailments, grab a bottle of organic turmeric to store in your spice cabinet.

Introduce yourself to the world of Indian food or brew a cup of turmeric tea. This miracle “queen of spices” has a vast and varied list of ways it can help you and ways that it can become a main component in your life.